You’ve probably already heard that Google is shutting down its beleaguered social network, Google+ in August 2019.

Why? Because the platform suffered an until-now hidden data leak that potentially affected up to 500,000 accounts. This is the exact same API weakness that allowed Cambridge Analytica to misuse Facebook data and was the final nail in the coffin for this stagnating, under-used platform.

At one point or another, most of us were forced to create a G+ account (e.g., to use YouTube, set up Google Local pages), so this shutdown affects us.

Make sure you take stock of all the places Google+ is linked to throughout your site and beyond, and then remove those icons and links.

Consider removing/deleting your G+ account sooner, rather than later (especially because of the security problem).

Beyond that, don't worry about it. G+ has no impact on SEO or search rankings so you won't see any changes to your online presence.

Note to clients - No need to do anything, I'm taking care of all of this for you.

Update - It now looks like the platform may be shut down sooner than first announced. Unless you're a power user who's generating business through the platform, I recommend getting out sooner, rather than later.

This Quick Read first appeared in the October 2018 GROWth Report newsletter. Want to stay up to date? Subscribe below!

Thanks for subscribing! Please check your email for further instructions. 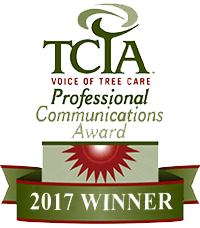